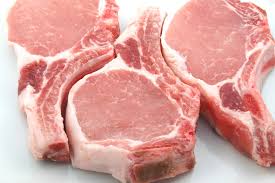 Some people teach that all foods are clean, so I decided to do this write up to shed light on the topic and help guide people to the right conclusion.

“Didn’t the messiah declare all food to be clean?” Read and find out.

Let us consider few scriptural passages that people use to say yes or no and I will draw my conclusions.

“About noon the following day as they were on their journey and approaching the city, Peter went up on the roof to pray. 10 He became hungry and wanted something to eat, and while the meal was being prepared, he fell into a trance. 11 He saw heaven opened and something like a large sheet being let down to earth by its four corners. 12 It contained all kinds of four-footed animals, as well as reptiles and birds.13 then a voice told him, “Get up, Peter. Kill and eat.”14 “Surely not, Lord!” Peter replied. “I have never eaten anything impure or unclean.”15 The voice spoke to him a second time, “Do not call anything impure that YAH has made clean.”16 This happened three times, and immediately the sheet was taken back to heaven”.

So many people out of ignorance interpret this vision of peter wrongly. If you have divine wisdom you will understand that the vision of all kinds of unclean animal was used to illustrate to peter that even the gentile nations and peoples, the Jews regard as unclean will also partake of eternal life in HAMASHIACH if they would repent and leave idol worship and become baptised and receive the Holy Spirit of YAHUAH. So he should not refuse the invitation of Cornelius.

This is very clear because if you read down, from verse 17 down, you will see that peter was at loss on the meaning of this vision until the men sent by Cornelius, who was a gentile and regarded as unclean by Jews arrived at the house peter was staying.

Furthermore, to prove that this vision has nothing to do with food, but rather the gentiles; is there anywhere that peter was offered unclean food and he ate it? No is the answer. The unclean foods used in the vision just represent the gentiles, who out of YAH’s mercy will inherit eternal life because of the sacrifice of ADONAI YAHUSHA  on the cross for mankind. Peter would have refused the invitation of Cornelius because he was a gentile, so YAH had to use the vision and teach him that even the gentiles who were unclean have now be made clean and be saved if they follow the commandment of messiah.

And to make it clearer, when the other Jews who were also believers in HAMASHIACH heard what happened, they were angry that Peter went to unclean people, until peter explained what happened, the vision he saw, and also confirmed to them that these gentiles received the Holy Spirit as he was speaking and they were baptised. This was the baptism of the first gentiles. Read up Acts 10: 44 – 48 to confirm this.

Let us also consider this question in reference to Mark 7:19, which says,

For it doesn’t go into his heart but into his stomach, and then out of his body.” (In saying this, Jesus declared all foods “clean.”) Mark 7:19 NIV

“because it does not enter his heart but his stomach, and is eliminated, thus purifying all foods” Mark 7:19 KJV

Notice that the phrase “In saying this, Jesus declared all foods ‘clean’” is not present in the King James Version. This is because that is a translator’s note that was added by the translators of the NIV (and a few other modern translations). If you look at the Greek text, you will not find that phrase anywhere. It is not present in any of the Greek manuscripts; it is an addition that was made by the translators.

This actually really bothers me, because so many people are being misled to think this is Scripture, when in fact it is simply a commentary by modern translators, but because it is inserted into the body of the text, instead of the footnotes, it gives the impression that it was actually part of the Scriptures. This is quite a deception, and unfortunately many people have been misled by this addition.

However, even if that phrase was in the original text, it still would not mean that YAHUSHA declared all animals to be food. It simply says that all foods are clean. If you go by the Biblical definition of food, you will see that pig, shrimp, crab, and rabbit (among many other things) are all listed as unclean for food. This means they are not even considered to be food.

Just because it is in our grocery store today does not mean it is considered to be food by YAH. This is why the phrase “YAHUSHA declared all foods ‘clean’” is so confusing to people today, because they see pork in the grocery store and on the menu at the restaurant, and so they think it is food. However, these same people would probably not consider rat, dog, vulture, bat, or skunk to be food. The reason for that is because of conditioning and habituation. We have been programmed to think certain things are food, when in reality they are not.

There is very little difference between the diet, lifestyle, and anatomy of a pig and a rat. They are both omnivores, they both live in filth, they will both eat anything including their own young. They will even eat faeces. Their bodies are full of toxins, diseases, and parasites. There are actually great health risks in being a pig farmer, and they must take special precautions when they are around the pigs, like wearing masks, gloves, and protective clothing. Many pig farms require employees to shower after leaving the pig area because the spread of disease is such a high risk when working with these animals. These are the same kinds of precautions that people would use when handling a rat.

Now, let’s examine the context of Mark 7, and you will see that the claim some make that “all animals are now clean” does not even fit the context of that chapter.

“Then came together unto him the Pharisees, and certain of the scribes, which came from Jerusalem. And when they saw some of his disciples eat bread with defiled, that is to say, with unwashen, hands, they found fault. For the Pharisees, and all the Jews, except they wash their hands oft, eat not, holding the tradition of the elders. And when they come from the market, except they wash, they eat not. And many other things there be, which they have received to hold, as the washing of cups, and pots, brasen vessels, and of tables. Then the Pharisees and scribes asked him, Why walk not thy disciples according to the tradition of the elders, but eat bread with unwashen hands?” Mark 7:1-5

So we see right here from the context of YAHUSHA’s teaching is in direct response to the Pharisees claim that the disciples must wash their hands before eating bread. This is not a commandment from the Scriptures, it is a “tradition of the elders”. Now listen to how YAHUSHA responds.

“He answered and said unto them, Well hath Esaias prophesied of you hypocrites, as it is written, THIS PEOPLE HONOURETH ME WITH THEIR LIPS, BUT THEIR HEART IS FAR FROM ME. HOWBEIT IN VAIN DO THEY WORSHIP ME, TEACHING FOR DOCTRINES THE COMMANDMENTS OF MEN. For laying aside the commandment of Elohim, ye hold the tradition of men, as the washing of pots and cups: and many other such like things ye do. And he said unto them, Full well ye reject the commandment of Elohim, that ye may keep your own tradition.” Mark 7:6-9

He is telling the Pharisees that their hand washing ritual is not based in the Commandments of YAH, and in fact it is a rejection of the commandments.

The entire context of Mark 7 is about eating bread with unwashed hands. Bread is already a clean food, and there is nothing we need to do to make it clean. There are no special rituals or prayers that must be said to purify our bread, because it is clean by definition. For someone to teach and require that special rituals be done before eating actually borders on witchcraft, and Messiah called them out on it.

Then he goes on to further explain what he is talking about:

“And when he had called all the people unto him, he said unto them, Hearken unto me every one of you, and understand: There is nothing from without a man, that entering into him can defile him: but the things which come out of him, those are they that defile the man.” Mark 7:14-15

But his disciples were a little confused about what he was saying, so they asked him to explain it for them.

“And he saith unto them, Are ye so without understanding also? Do ye not perceive, that whatsoever thing from without entereth into the man, it cannot defile him; Because it entereth not into his heart, but into the belly, and goeth out into the draught, purging all meats? And he said, That which cometh out of the man, that defileth the man. For from within, out of the heart of men, proceed evil thoughts, adulteries, fornications, murders, Thefts, covetousness, wickedness, deceit, lasciviousness, an evil eye, blasphemy, pride, foolishness: All these evil things come from within, and defile the man.” Mark 7:18-23

So, we see that he is saying that food is not what makes you unclean, even if you eat it with unwashed hands, because it just passes through your body. But, the things that come out of your heart is what makes you defiled. To the Pharisees, cleanliness is the result of special rituals, but according to the Messiah, cleanliness is about having a pure heart.

So, did Messiah declare all foods to be clean?
No, the translators of certain modern Bibles made that declaration.

Did Messiah declare all animals to be food?
No, that is an assumption based on faulty interpretation.

Is it wrong to wash our hands before we eat?
No, it is perfectly fine to wash your hands before you eat, but don’t think that it is a magic ritual that will somehow make your food clean. All you are doing by washing your hands is getting the dirt and germs off.

Will praying over what is harmful make it not harmful anymore?

NO. You are only being a fool and tempting YAH. Those with wisdom know what is food and what is not.

Seek His Holy Spirit today to guide and direct your life.